Dario Hunter-The Election is Over, But the Green Party is Still Imploding Over Hawkins 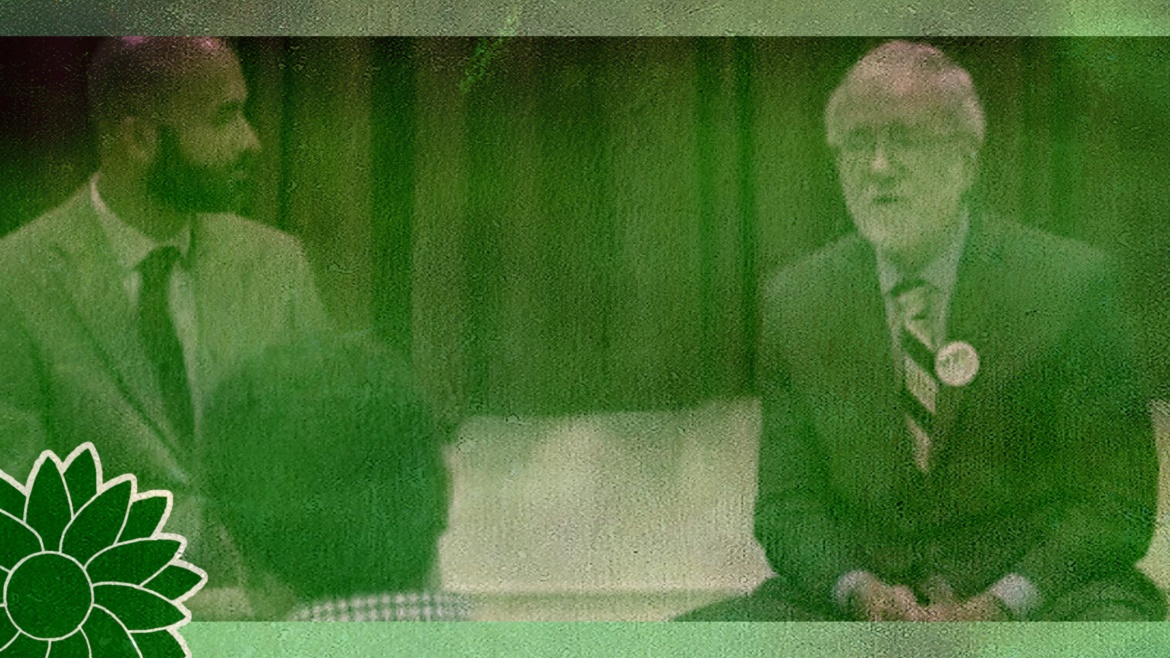 Most Greens did not want the unlikeable, Russiagating, out of touch, faux-cialist Howie Hawkins, to emerge as the Green Party’s nominee for President against Trump and Biden in 2020. In fact, a landslide proportion of Green voters — roughly 65% — voted for someone else. That would be one amongst a long list of good reasons for a state Green Party to reject a clueless, uninspiring white privileged man who still uses the word ‘colored.’

But what has helped create the makings of an internal Green Party schism is the sheer scale of the ethical dysfunction of the national party’s 2020 primary — e.g. Hawkins getting only about a third of the votes but most of the delegates, the blocking of other candidates from primary ballot access and forums, and the massive conflicts of interest from national party officials who moonlighted for the Hawkins campaign during the primary.

The Green Party of Alaska, the first Green Party to achieve ballot access, clearly had decided enough was enough. They chose to reject Howie Hawkins and choose another nominee for their 2020 ballot line. Their process of doing so raises some genuine questions, as Alaska had already chosen Sedinam Moyowasifza Curry at its state convention and their ultimate ballot access choice, Jesse Ventura, declined to declare candidacy. However, it’s hard to argue with their utter rejection of the ethical failings of the Hawkins campaign.

The national party forced state parties with any genuine adherence to Green values into a corner. It consistently refused to hear complaints from Greens over the ethical issues that plagued the 2020 primary, including complaints brought by Greens in Colorado and in North Carolina, where state leaders working for the Hawkins campaign kept everyone but Hawkins off the ballot. Instead, it chose to purge those calling out the party’s hypocrisy.

In 2020, the Alaska Green Party— the state party that pioneered ballot access for the Greens — weathered the rise of a morally bankrupt Hawkins campaign that lost ballot access in numerous states and dropped Jill Stein’s hard won 1% showing in 2016 down to 0.2%. In fact, Alaska’s Ventura ticket did better than Hawkins’ predictably abysmal performance in most states, despite Ventura refusing candidacy and doing no campaigning whatsoever. Still, the national Green Party has declined to do any soul searching over its mistakes with the Hawkins campaign. It has instead lashed out at Alaska and anyone else attempting to raise issues of accountability, responsibility and lessons to be learned from what was an all around catastrophic, stage-managed primary pick.

On January 10, 2021, the National Committee of the Green Party overwhelming chose to throw out — that is, disaffiliate — the Alaska Green Party over its choice to reject Hawkins. In a twist dripping with hypocrisy, the complaint leading to disaffiliation was brought in part by the North Carolina Green Party.

It is worth noting that the party has not disaffiliated the Georgia Green Party, despite their recent adoption of an appalling anti-trans resolution. It also didn’t disaffiliate the North Carolina Green Party for keeping every candidate but Hawkins off the primary ballot. In its actions against Alaska, the national party feigned the importance of holding state parties to account for national standards — but it clearly only cares about such ‘standards’ when they serve the interests of someone like Hawkins. The national party could apparently care less when a state party, run by the Hawkins campaign, keeps everyone else off the primary ballot — even those recognized as official candidates by the national party itself. Clearly nothing matters more to national leadership in terms of the values the party expresses — not equality in the form of trans rights and not democratic choice — than twisting a supposedly left party into a soulless front for Hawkins’ neoliberal white privilege.

And let’s not mince words here — the Green Party’s conduct concerning the 2020 primary election is a cautionary tale in how faux-leftist party leaders can also perpetuate the instruments of white supremacist culture. Defensiveness is one of those white supremacist instruments — a tendency to spend large amounts of energy fighting complaints and protecting abuse of power rather than genuinely responding to those complaints and sharing power. Because we live in a society that is still culturally white supremacist, people of all backgrounds are unfortunately capable of perpetuating this toxic culture. We expect, however, that a truly leftist party would break down those barriers — not perpetuate them.

Hawkins has already filed paperwork with the FEC for a 2024 run. Paperwork has also been filed with the FEC alleging violations of elections laws on the part of the Hawkins campaign and an investigation is ongoing. The fact that the prospect of a second Hawkins candidacy in that context isn’t being laughed off by national leadership shows how much they are willing to leave the party in flames over their own hubris. And if members of the party allow that to happen just to advance an election rigger who has said Assange is guilty, repeatedly misgendered Chelsea Manning, and insists #CancelRent must also bail out the rentier class, the party will deserve every bit of its electoral decline.