German Greens Make Demands Because They Have Political Power 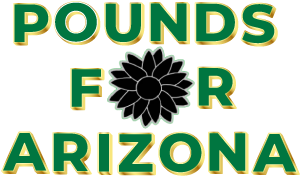 “Green Party leaders Annalena Baerbock and Robert Habeck said Laschet must redefine the CDU and set a course to modernise the economy in an environmentally sustainable way.”

So why do the leaders of the German Green Party feel they can demand another party listen to them? Simply because they have political power…

“In choosing Laschet, premier of the Netherlands-sized state of North Rhine-Westphalia, delegates opted for a candidate more palatable to the left-leaning Greens party, second behind the conservatives in opinion polls and seen as a potential coalition partner come September.”

The CDU needs the Green Party to join them in a coalition or else they don’t have enough support to form a government. The reason Annalena and Robert can dictate what policies the CDU adopts is they can. You’ll note that in their demands the lack of an eco-socialist message, it’s not that they forgot to mention it, the reason is there is essentially no eco-socialist faction in the German Green Party.

“Baerbock made clear that the Greens would refrain from any measure that could possibly harm the German economy and finance capital, and this included climate policy: “Don’t be afraid” Baerbock declared, “this climate revolution is about as crazy as a building society contract. Re-organising the economic system does not mean overthrowing anything, it is purely about self-protection.” – World Socialist Web Site

That’s a far cry from the anti-capitalist Marxist inspired narrative promoted by the eco-socialists in the American Green Party. But it’s not just economics that mark distinction between the American and German Greens.

“The program chapter “Strengthening Democracy—Rule of Law and Security” asserts in an aggressive “Law and Order” tone: “Police and security organs guarantee security at home. As the visible arm of the state’s monopoly on the use of force, the police play a special role as guardian and defender of the rule of law and a well-fortified democracy. To this end it needs to be fully equipped and have sufficient personnel—in the city as well as in the country.” – World Socialist Web Site

That’s the World Socialist Web Site reporting on a recent German Green Party conference, and it makes it clear you’re not going to hear the German Greens calling for abolishing the police or defunding them. It won’t come as a surprise when I tell you that the socialists hate the German Greens as you can tell by reading this and other articles published about them and on other socialist media.

Look the choice is obvious, as Greens we can copy the success of the German Greens and take a moderate/centrist political stance that’s widely popular and become a conventional party that has the political power to dictate policy to other parties. Or we can continue to let the socialist activists controlling it condemn the party to the extreme far left where the only people listening to them are the misfits on the fringes of society.

I’d say the choice was up to you but there isn’t really a choice, the German Greens have with their influence on the CDU leadership election already had more impact on their country’s environmental policy than the American Green Party has had in over twenty years. The environmental crisis makes it necessary for us to like the German Greens move beyond the failed eco-socialism message and start representing the political views of the average American.