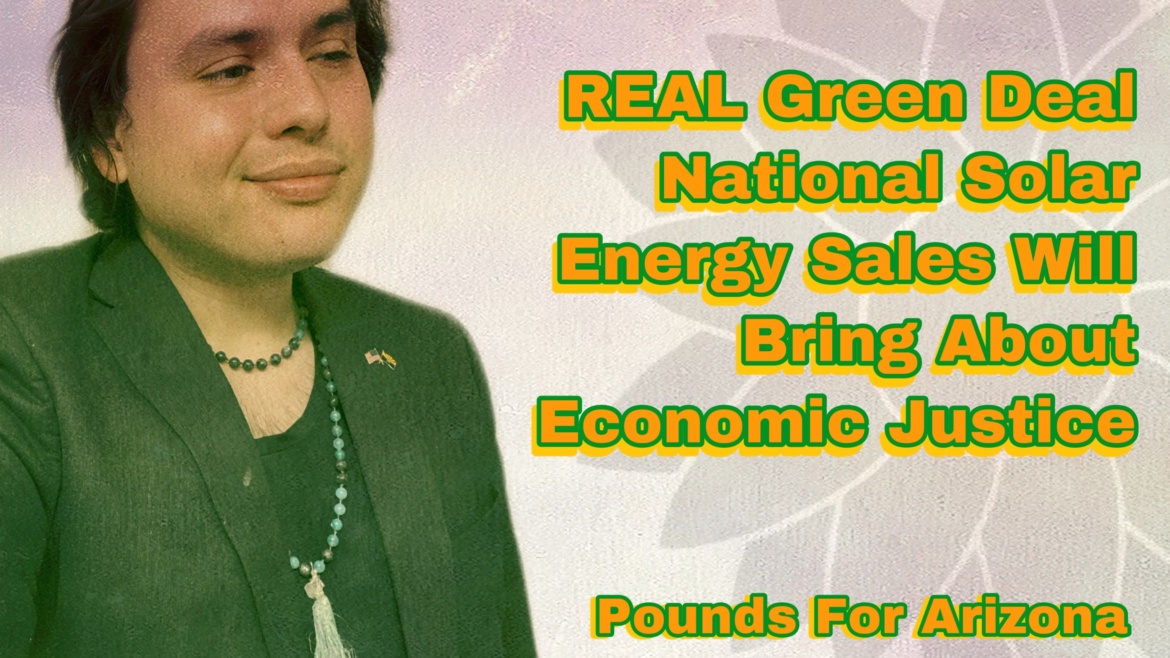 I want to power the nation with the all powerful Arizona sun, selling solar energy harvests & using the income to send checks to every Arizonan. Solar radiation is a massively untapped resource in Arizona. I want to end conflict between the legislature & solar companies over net metering if elected. This is a way to not only tackle the climate crisis, but bring my state economic prosperity across the board, bringing about a decent amounting of racial, economic & social justice.

Fossil fuel is archaic & one way to end reliance on it is through my Arizonan REAL Green Deal which aims to take 30% of one fiscal year’s budget to invest in solar energy & geothermal energy engineering. The all powerful Arizona sun could very well get to powering the entire nation as solar radiation is seemingly limitless during Arizonan springs, summers, & falls.

I would attempt an executive order to prevent further construction of fossil fuel infrastructure in the state of Arizona, whether or not the courts would allow it is another issue, we never know unless we try, & try we must under the notion that our lives depend on it because they do.

I plan to decrease southern migration substantially by ending the drug war & therefore ending demand for illegal cartel distribution. Should I succeed in this, the decline of migrants fleeing cartel violence should grant leaders the opportunity to better focus on ending the reason that climate refugees depart from their homes.

I’ve helped conservatives realize throughout my campaign that ‘right to work’ is antithetical to worker rights, to fire workers for not partaking in new pharmaceutical company drugs is immoral, all drugs are dangerous to one extent to another, therefore they should never be mandated on that alone. Public health is strongly connected to economic health, the vast majority of every COVID bailout has been rewarded to the wealthiest among us. Trickle up economic poses that when the wealthy gain more wealth, said wealth tends to be hoarded but when the poor & working class gain more wealth, said wealth is put & remains in circulation in our economy. True economic empowerment can only come when wealth is circulating, if elected I’ll do everything in my power to see that state funds are used to boost working class spending power, not deepen the pockets of the wealthy. Firing people for refusing drugs is wrongful termination, it’s justified under right to work (For Less), it’s time to end union repression in Arizona.