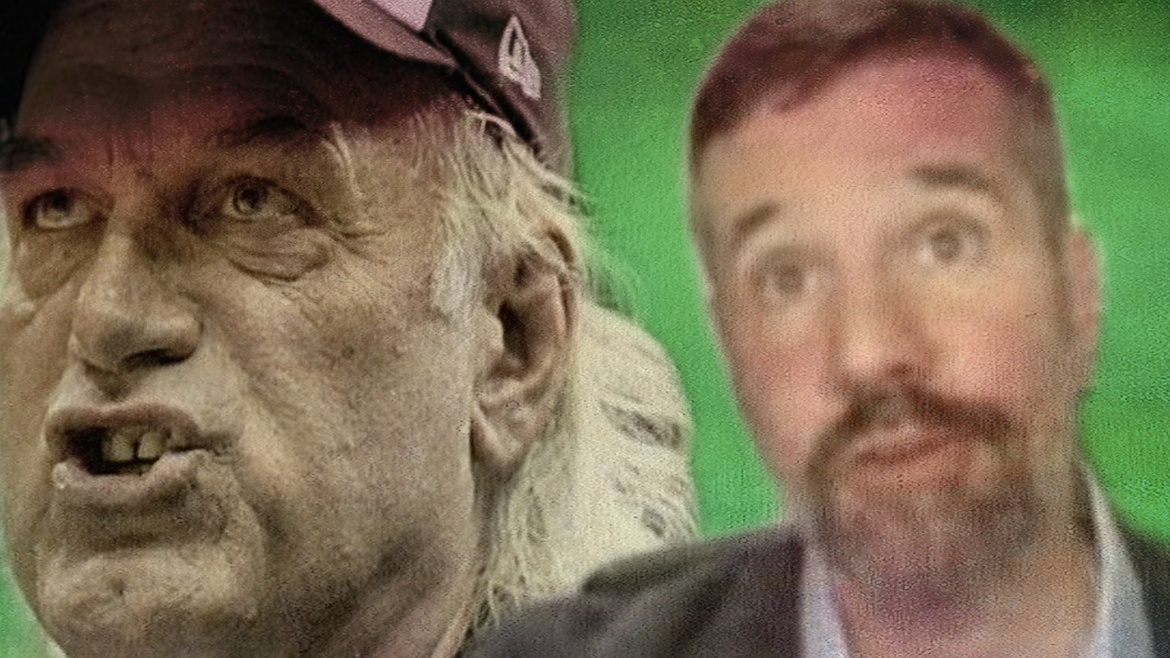 Great conversation with @MatthewPHoh covering his battle with the Democratic Party to get the Green Party on the ballot this November in North Carolinahttps://t.co/qUSKFR6YgM

It’s truly sad to see how far my former role model & political leader Jesse Ventura has fallen. Sometimes I blame it on age or just outright willful obliviousness, but since the time I had Co-Chaired his 2020 presidential exploratory committee & ran Cynthia McKinney’s 2020 Vice-Presidential campaign alongside People For Jesse Draft-PAC to validate his & her Alaska Green Party nominations, well, he’s gone on to shame covid jab refusers as the problem & praised Satan spawn Liz Cheney as his hero. I was dismayed by his Cheney support & this cost me his endorsement for Arizona Governor but it was the right thing to do. When I built up the courage to confront him on his polarizing, unfounded attacks on the unjabbed, he told me to never call him again. Jesse is someone who seems to demand yes men only in his circle.

I never thought I’d agree with a Cheney, but Liz Cheney is my new hero right now. She’s doing what’s right. She’s not folding under the lie and most importantly she’s putting the country first instead of her party. [WATCH] https://t.co/V8KB8XVqKC pic.twitter.com/fn5tKX5mym

So now, Jesse has decided to endorse the North Carolina Green Party, the same state green party that nominated the Alaskan Greens for GPUS removal as punishment for nominating him for president in 2020. Ironic right? Could this be the willful obliviousness I mentioned previously? Jesse was thrilled to receive the green draft nomination in Alaska which I helped to facilitate after their primary yet he would endorse their assailants? Most unfortunate to behold but at this point for me not nearly surprising.

Fact is, I co-founded the Independent-Green Party US because of the 2020 disenfranchisement of Jesse Ventura & Dario Hunter supporters, the foremost example of GNC 2020 primary election fraud being in, you guessed it, North Carolina. The North Carolina Green Party left out every single one of Howard HAWKins opponents in their primary, a clear violation of the green value of grassroots democracy, & something for which the DNC could never have been bold enough to do to the berners. This disenfranchisement was enacted by HAWKins campaign lead Tony Ndge, Matthew Hoh, & other North Carolina Green Party “leaders”.

My full statement on the karma currently being suffered by the North Carolina Green Party:

@NorthCarolinaGP is experiencing something called cheater’s karma after losing their bid to regain ballot access. They only put one presidential candidate on their 2020 primary ballot, Howard HAWKins, & that is worse than anything the dems did to Berners. https://t.co/1q2rkhTdBa

If u voted in the Presidential Primary as a Green in NC u only had 1 candidate u could pick. The GP in NC blatantly kicked every other candide off the ballot despite all the other candidates formally complaining. Compare that to the 16 candidates the LP allowed in the NC primary. pic.twitter.com/ycVPO6GDpX

I truely desired Jesse Ventura’s endorsement for AZ Governor but it wasn’t worth my integrity. Before I grew the balls to confront Jesse on his attacks against jab refusers, I asked Cynthia McKinney to first, & Jesse called her crazy for refusing the jab. This is what gave me the courage to call Jesse that last time & give him a really big piece of my mind.

Statement from the Green Party US Steering Committee supporting “the use of vaccines, vaccine mandates and quarantines as part of a comprehensive public health effort to curb and eradicate the novel Coronavirus (COVID-19) pandemic.” https://t.co/5s16hZGPHb pic.twitter.com/UC3MA2drQ9

If pharmaceutical drug mandates are what brings Jesse & the GPUS faux-greens together, which I failed to do in 2020, then by all means let it happen. Independent-Greens like Cynthia McKinney & I will keep upholding green values & bodily autonomy. I ultimately thank the events of 2020 for setting me on this path towards triumph. As the faux greens kick out or chase out more & more member state parties like the Green Parties of Alaska, Georgia, Idaho, & Rhode Island we will rise to the challenge of restoring the green name in the United States.

Petra Kelly, the original green partisan, coined the slogan that Green Politics is ‘neither left, nor right, simply forward’. ZioCrat Andrew Yang never should’ve adopted her slogan because he doesn’t meet Petra’s definition of forward. Petra was a fierce advocate for the Palestinian people! & now Jesse doesn’t meet the green definition of forward either due to his desire to help Yang into the executive branch among the many other things I’ve listed out.

Had a great conversation with @AndrewYang about the Forward Party movement and the possibility of a Yang/Ventura ticket in 2024…https://t.co/eVJ9DuOgpg

Special thanks to experienced lawyer & 2020 GPUS Presidential Primary Runner-Up Dario Hunter for his integrity & standing up to Yang & calling out the fraudulence of the North Carolina “greens”:

Professional bootlicker, and ableist fauxgressive Andrew Yang took a break from his hot takes on Israel and mental illness to defend the NC Greens for committing fraud on their ballot access petitions. https://t.co/2DuJTIACbB