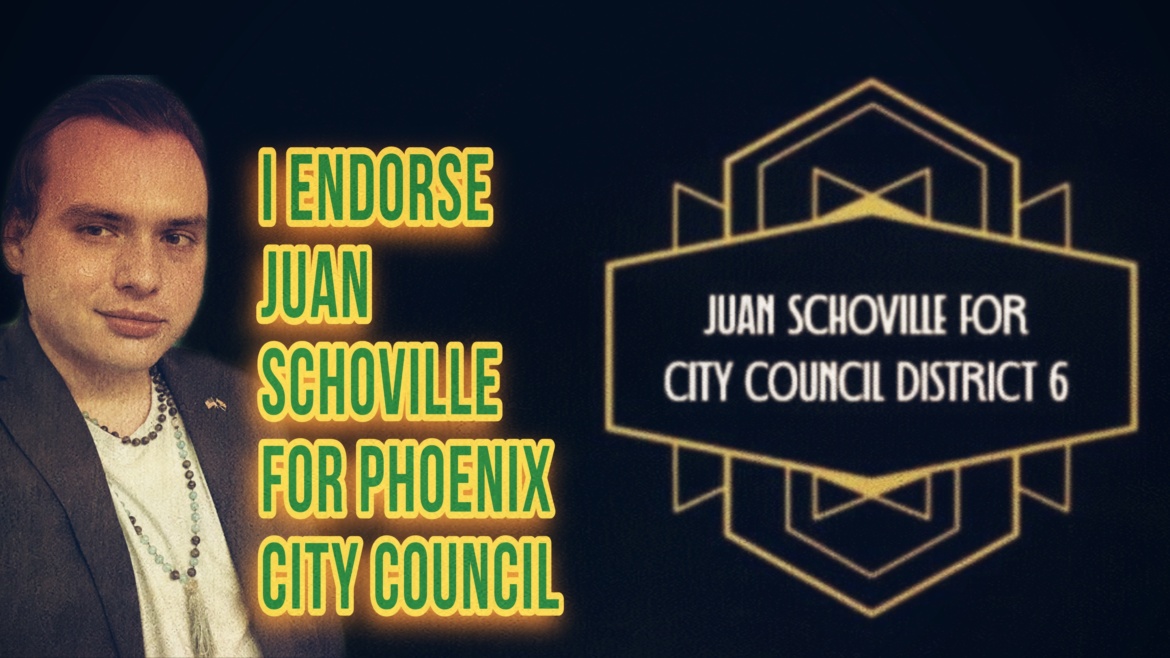 I’m beyond excited to be endorsing Juan Schoville for Phoenix City Council. He is an independent thinking champion for regular people & is independent from the Democrats & Republicans. He & I share the same position on medical privacy absolutism as we oppose pregnancy & jab mandates, which we need to see more of from our elected officials. I consider self-ownership more important than property rights because if we don’t own ourselves then we own nothing. The right to terminate a pregnancy or refuse a drug must not be infringed.

He is more than fit to be on the city council & has my endorsement to create a forward-thinking government of our capital city to serve as an example for us all. Juan has made the ballot & is the best candidate to represent Phoenix’s district 6. Go to https://www.juanschovilledistrict6.com/ for more!! 🌵🌻